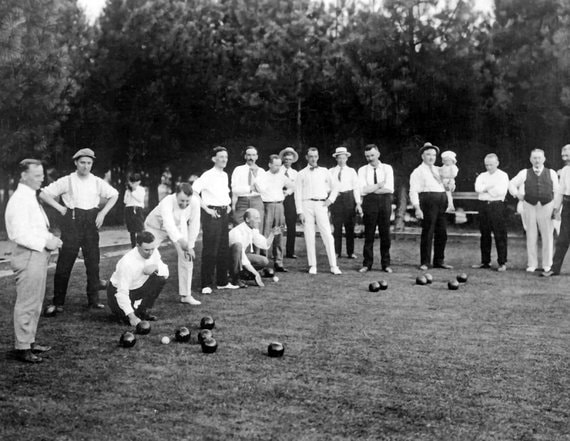 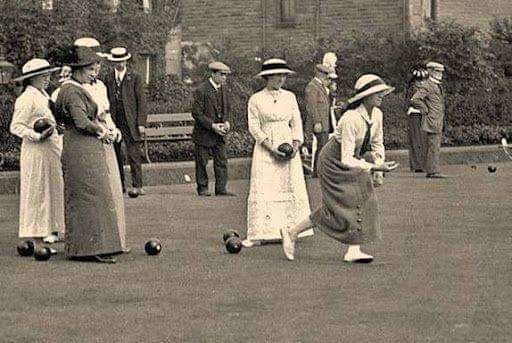 The above pictures were taken in 1913, Manito Park, Spokanes first lawn bowling green. John Duncan was the park superintendent. He was born in Scotland. He insisted on building a bowling green. Duncan Gardens was also named after him. He made Manito Park the jewel of parks in Spokane. He retired in 1942 at age 77.


The original lawn bowling club was established in 1913 at Manito Park. The Spokane Lawn Bowling Club was first established on September 13, 1976. The first green of the modern erra was located at Albi Stadium in the spring of 1978. The current green opened in 1981 behind Witter pool on Mission Street.

Spokane L.B.C. ~):John Marchi
The Spokane Lawn Bowling Club completed its first stage grass green in mid-September. The full green will be built in two stages due to money and area problems. Stage one is 75 ft. by 120 ft., or five rinks one way and eight rinks the other. The Spokane Park Board will relinquish another 45 ft. of tree-lined park area after the club is fully established and proves its ability to service the citizens of Spokane. We hope to complete the green in the fall of 1981.
This initial section, built to standard specifications, cost about $9000. Donations from local contractors, help from the Park Department, and volunteer worker from the club itself cut expenses to a minimum.
Any lawn bowlers from Canada or the United States who are passing through Spokane next June through October can contact John Marchi at 255-6672 as to bowling times.
Our club doubled this year to the 30-35 mark (men and women) and next year we plan to double again and more. An extensive promotional plan is being developed to interest all business and fraternal clubs.